Welcome to my portfolio homepage. Let me introduce myself. I am a programmer and game designer from Germany with several years of experience in various 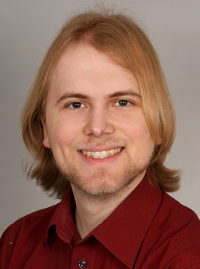 game development projects over the last 6 years. I began my journey in this field of Art, Engineering and Science when graduating as a Bachelor of Arts in „Digital Media – Animation & Games“ at the Hochschule Darmstadt with First Class Honours (1,8 in boring German grading).

I am currently living in Runkel, a small town near Limburg a. d. Lahn. Here I work as a freelancer programmer, consultant and designer, as well as on my own smaller and bigger game projects. For my latest works look at the Portfolio section of this site.

Also feel free to download my CV for more details on my abilities and experiences.

Me as a game designer

My first drafts and designs for board and computer games were created very early. I was always very passionate about creating my own games. A friend and I started some game projects in middle school and high school, but they were never really finished. After school I started studying electrical engineering at the TU Darmstadt. As it turned out, electrical engineering was not the career I envisioned for my future. But while attending the informatics courses I discovered my fascination for programming and software engineering. Although I was quite good at most of the courses, like informatics and physics, I never really got the hang of the electrical engineering part. I failed those courses every time. It was time for me to follow my real passion.

I switched the university and applied for Digital Media. And I was accepted. The range of the courses was very broad, ranging from filming techniques, over informatics to general design and project management. Since my main interest was game design, I started to study several books about this topic on my own. The various projects in my course of studies gave me the opportunity to gain practical experience in the process of creating a computer game. I wrote my bachelor thesis about a rather theoretical topic, Artificial Intelligence in Computer Games. In this paper I researched the current use of AI in modern games and argued the possibilities of improvement.

At my first permanent job, I mastered the Unity3D Engine, along with C#, .Net and several Web Development techniques. Unity3D is to this day my main tool to create the various games and projects that I have worked on in the last several years.

In my spare time, I write and gamemaster several Pen&Paper roleplaying adventures. I created a big full blown sandbox campaign for Dungeons&Dragons 4th Edition, which I played and tested with my gaming group for several years. After writing everything together and bringing it into a well layouted format, I published it as a downloadable PDF, which can be purchased at DriveThruRPG. It is still only available in German, but I have plans to translate it with the overhaul for the campaign I am currently writing.

I also like to play around with the editors of various games, constantly on the lookout for interesting technologies to perform my art and craft.

Me as a gamer

As you can imagine, my interest for games does not only apply to the design part. The first games I played were pixelated Jump&Runs on a 486 IBM PC with 66Mhz. I love to play computer games from various genres, although I have a clear focus on action games and RPGs. By current favorite is the Multiplayer Team Shooter „Overwatch“.

As hinted above, I also love to play Pen&Paper RPGs. There are several systems and settings I played or read, but my alltime favorites still remain Dungeons&Dragons (currently mainly in the 4th edition) and Shadowrun. If I can get enough time and a bunch of friends i also like to play card games or boardgames. Anything that has a board, dice, cards or simply a set of rules interests me. If it can be played, I will play it. I must admit that the classics like monopoly are played less frequently. The favorites at our playing tables are games like Talisman, Arkham Horror, Dominion or Munchkin.