The great Kingdom of the west has fallen. The gods ignore the prayers of the desperate. A dark warlord has extinguished the last remaining princes of the land and there are no more heroes who can stand against the armies of evil.

The mercenary doesn’t care. The last person who meant anything to him, his only blood relative, was killed. He is sitting in prison for a murder that he didn’t commit. The murder of his own mother. Someone will bleed for it, and it will get ugly.

Explore the mysterious and adventurous scenes of the Dark Coast. The beautifully designed, richly detailed levels lead you through mighty castles, dark dungeons, dangerous swamps, and ancient crypts. Make your way through a multitude of fierce soldiers, dark undead, and menacing monsters.

Get help from a number of skills that let you adjust the mercenary to your playing style, as well as countless weapons and armour that you can capture during your adventure.

Help the mercenary get his revenge on the culprits and discover a secret that will change his world.

„Quest for Revenge“ is currently available for iOS, and soon Android. It offers classical roleplaying action without the nuisance of microtransactions. 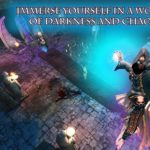 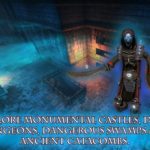 „Quest for Revenge“ is the first collaborative project of Layered Mind. I worked together with an Artist from Berlin, who provided the graphics.

We two made up the whole team, but we used art assets, characters, animations, sounds and music from the asset store and similar source. My job was to program the gameplay and piece together the game from the assets we have. I also created the game design, i.e. the character and item system as well as the skill trees. Big parts of the story were also written by me. 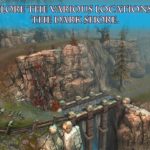 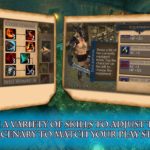 The size of the project was a special challenge, since we did not have a big budget and therefore not much time. The resulting game has about 6-8 hours of gameplay, which is not too bad for 10 months of development. Another set of problems were the technical limits of the target platforms, i.e. mobile devices. We had to heavily optimize the assets and find the sweet spot betweem good looks and performance. We also had to abandon the iPhone 4 and 4S as a platform, mostly due to lack of RAM. 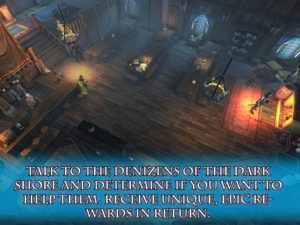 In conclusion we learned much from this project, most of it the hard way. It was way to bis in scope for our small team, but somehow we pulled it off and created a cool and fun to play action rpg with sweet graphics.