“The Bismarck” is a board game with multimedia support. You play the role of four daring British soldiers exploring the said-to-be-sunken ship Bismarck. The players fight their way through hordes of dark creatures in tactical combat encounters, while advancing deeper into the belly of the cursed ship.

This concept was developed as a task for the fifth semester project of Digital Media. We had to create a concept and a playable prototype for an innovative game. I worked together with Markus Filsinger.
Since we were both quite fascinated by the elegance and the simplicity of tabletop gaming, we decided to create a multimedia board game. On one hand we wanted to combine the tangible interface of such games with the interactivity and the multimedia staging of a computer game. On the other hand, we wanted to create a game, that could not only be played on an expensive device like Microsoft Surface.
We therefore decided to abandon any kind of touch technology from our concept. The game should be created to be played only with a set over rules to govern the human-computer interaction.

We wanted to set the focus of the project on the game play and the rules, since they would be the main interface between the players and the computer.For this purpose we created a playable prototype in the first week. It was written in Flash, which was best suited for this purpose.
A set of item- and character-cards were written in OpenOffice. The result was very rough, but allowed us to quickly start playing. We tested and changed the rules in an iterative process. In the course of this process, we wrote our high level game design document to collect our results and ideas. For this purpose we created a Wiki-webpage to coordinate our writing. 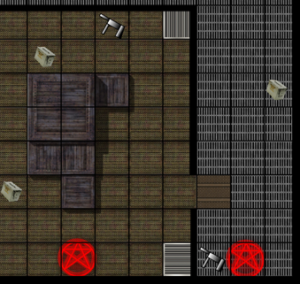 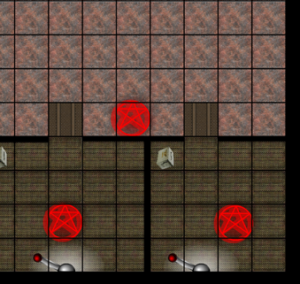 While writing the first GDD, we started to implement a presentation version of the game. With this program we wanted to show the game play as well as the additional depth in atmosphere provided by the digital components. We decided to implement the game with the free 3D-Graphics engine Ogre and the sound libraries of FMod.

The testlevel we created should show the interactive and multimedia advantages over a normal boardgame. To achieve this we made heavy use of atmospheric sounds and visual effects. Explosions could shake the whole board, lightning could rapidly change the visuals of the game. The players should not be able to see the whole board from start on, but every room would be lit with flickering lights, as they proceeded.
While creating the graphics and sounds and programming the game, we refined our first version of the GDD. Much detail was added, foremost to the visual style, background and story of the game. 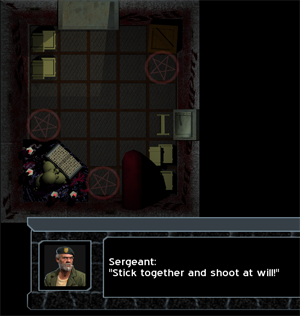 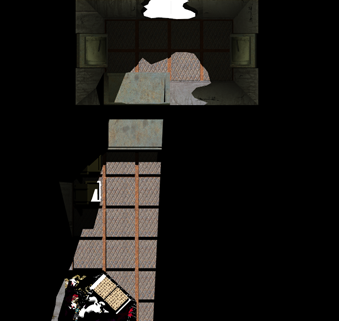 We managed to finish and polish the test level and the game program in time. The presentation was a great success with our professors and fellow students. Although it is just one level and 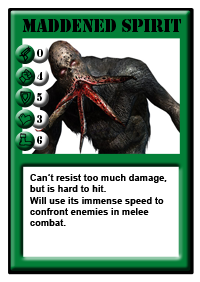 parts of the game play are still very rough, we created a proof of concept for our combination of board games and computer games.