Space-Rat Xplode! is a small action game, which recreates the tried gameplay mechanics of the old classic Bomberman. It was developed by Bronx Studios Entertainment, a small independent game studio in Frankfurt am Main, Germany. It was published in Germany by astragon software. The protagonist of the game is Ziggy Space-Rat, the hero of various comics, that were once published in the now distinct german gaming magazine „Aktueller Softwaremarkt„.

The story of the game evolves around Ziggy screwing up once more. The Space-Smorps, little green aliens in flying saucer bath tubs, are hunting him for something he to them. His friend, the space pilot and mercenary Stevie Lucas, is drawn into the mess. Together they roam the galaxy in order to find a mean to get rid of their problem.

The core gameplay experience is the old classic Bomberman. You run through a maze of blocks and try to blow up your enemies with bombs. Some blocks are destructible, so the gamelevel is constantly changing. Bombs are only exploding horizontally and vertically, so you have to corner an emey to blow him up, which gives the game something of an action puzzle. Players encounters over 20 various gimmicks and powerups, which make his life easier or worse, like giving his bombs more boom ore freezing him to an ice statue.

The game features a quite large campaign, leading the player through 5 different game worlds and over 50 levels. The story of Ziggy and Stevie on their chaotic journey through the galaxie is told in several cutscenes. Every game world features a special level field, which is a big tentacle whipping at the players or a big giant throwing snowballs. Multiplayer is a core part of the game. You are able to play one on one at a single computer or against up to 3 other opponents online or in LAN. The quite cunning AI can be used to fill up the games. The game features a new deathmatch game mode. Unlike the classic Bomberman, where the last man standing was the winner of a session, the player scores points for blasting away his enemies and is respawned after death. There is a ton of setup possibilities for the game’s gimmicks. You can for example play a game, where everyone is constantly able to teleport.

The game graphics are in a comic style borrowed from the original comics. The musical score is provided by Chris Hülsbeck, who was also responsible for the musik of games like Turrican. Sounds are produced by X-Life Studios.

My responsibilities in this project were programming and gamedesign. I created all the levels for singleplayer as well as the explanatory screens upfront every campaign level. The 20 multiplayer levels were also designed by me. I organized and executed two internal beta-test and implemented the insights gained. Last but not least I tweaked several smaller gameplay aspects, like the distribution of gimmicks over the course of a gamesession.

My programming tasks were mostly finding and fixing various bugs, but I also implemented changes that polished the game or created convenience features, like an advanced menu flow in the campaign mode. I also implemented several game functions that were not yet finished, when I joined the team, like the encyclopedia section of the game. 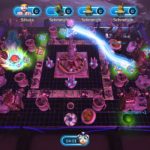 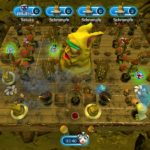 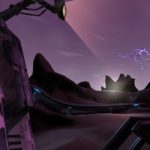 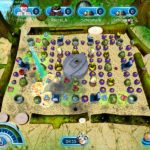 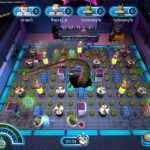